In a few days here in the UK we will celebrate Guy Fawkes Night (or Bonfire Night); a strange annual custom that originated from a foiled attempt to blow up the Houses of Parliament in 1605 and is currently marked by the lighting of communal bonfires, burning effigies of the hapless conspirator, and the setting off of vast amounts of fireworks. Well, that’s the general concept anyway.

The reality is a little different. While celebrating a failed act of 400 year old terrorism could be seen as a little insensitive in modern times, it is fair to say that most people today don’t really know or care of the origins and see it as an opportunity to get together outside in front of a huge fire in winter, eating, drinking and making merry while setting off ever more spectacular fireworks.

I am not a big fan. As a dog owner, I sympathise with all the animals at this time of year. As a Yorkshireman, I cannot for the life of me justify the expense of the things. As a designer, I am interested in the packaging and had a look at what has been on sale recently. Oh dear.

They’re not all like this of course – some are far, far worse, but many of them look like they’ve been churned out by teenage boys full of energy drinks at 3am.

I could continue with a nostalgia piece now and reminisce about when bonfire night was bonfire night, and you could get a bag of ‘Little Buggers’ Bangers and a packet of Spangles for 7½p, and play merry hell down the gennel without all this official ID and over 18 nonsense. But I won’t.

I did start looking around for vintage fireworks packaging on the web though, and found some interesting stuff. Many types of ephemera become collectable over time and it appears that firework graphics are no exception. They were seldom printed in more than 3 colours and were often quite inventive in maximising this constraint. 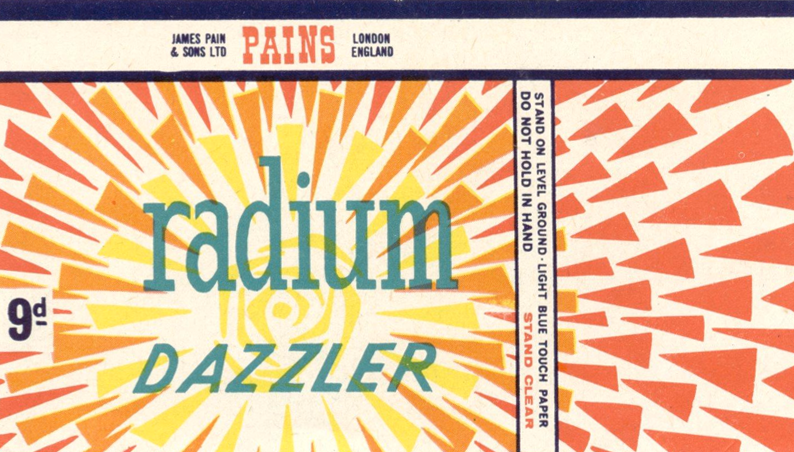 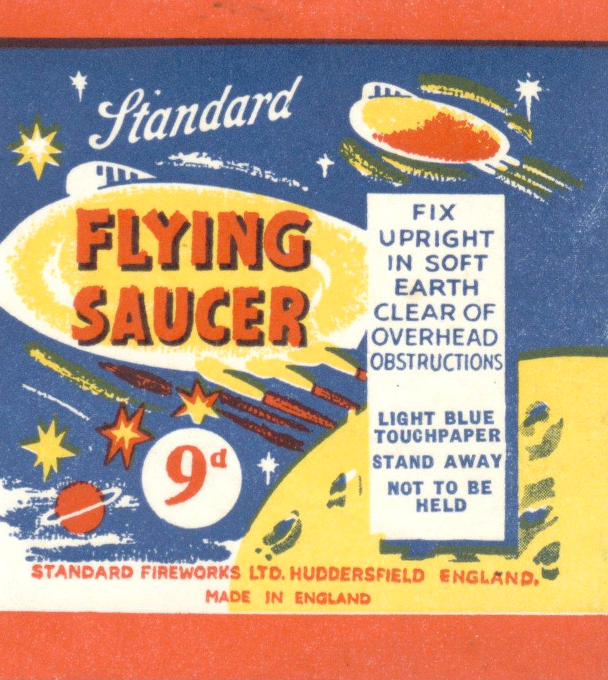 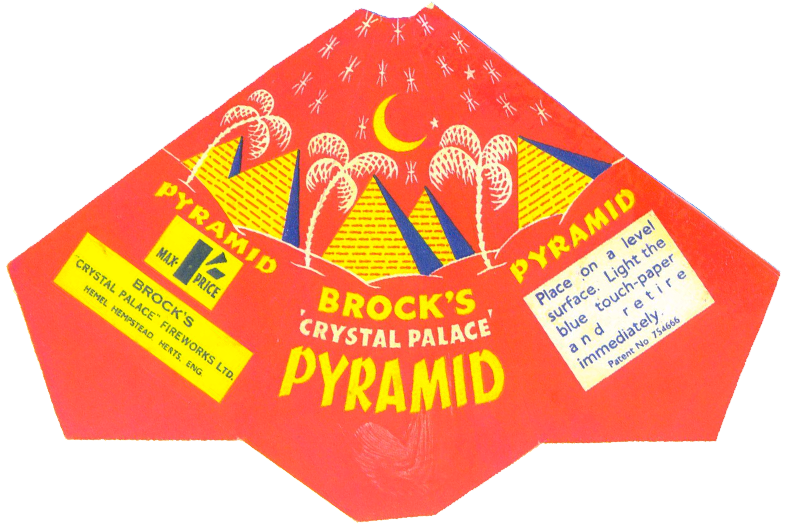 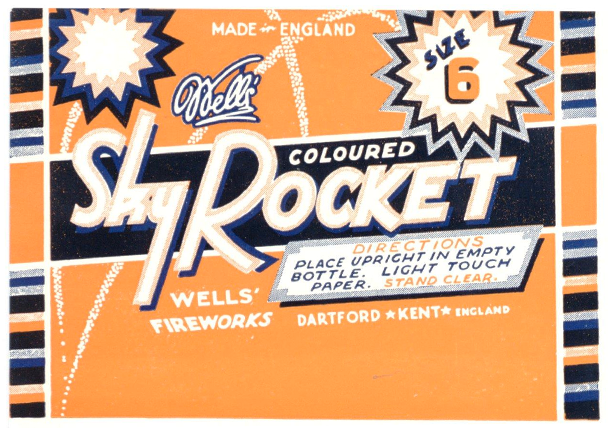 I was particularly taken by this Catherine Wheel:

Not because it is beautifully designed – although it has a certain charm – but because it does what it needs to do without resorting to the visual vomit of the filter gallery!

A great collection of vintage fireworks can be found here.