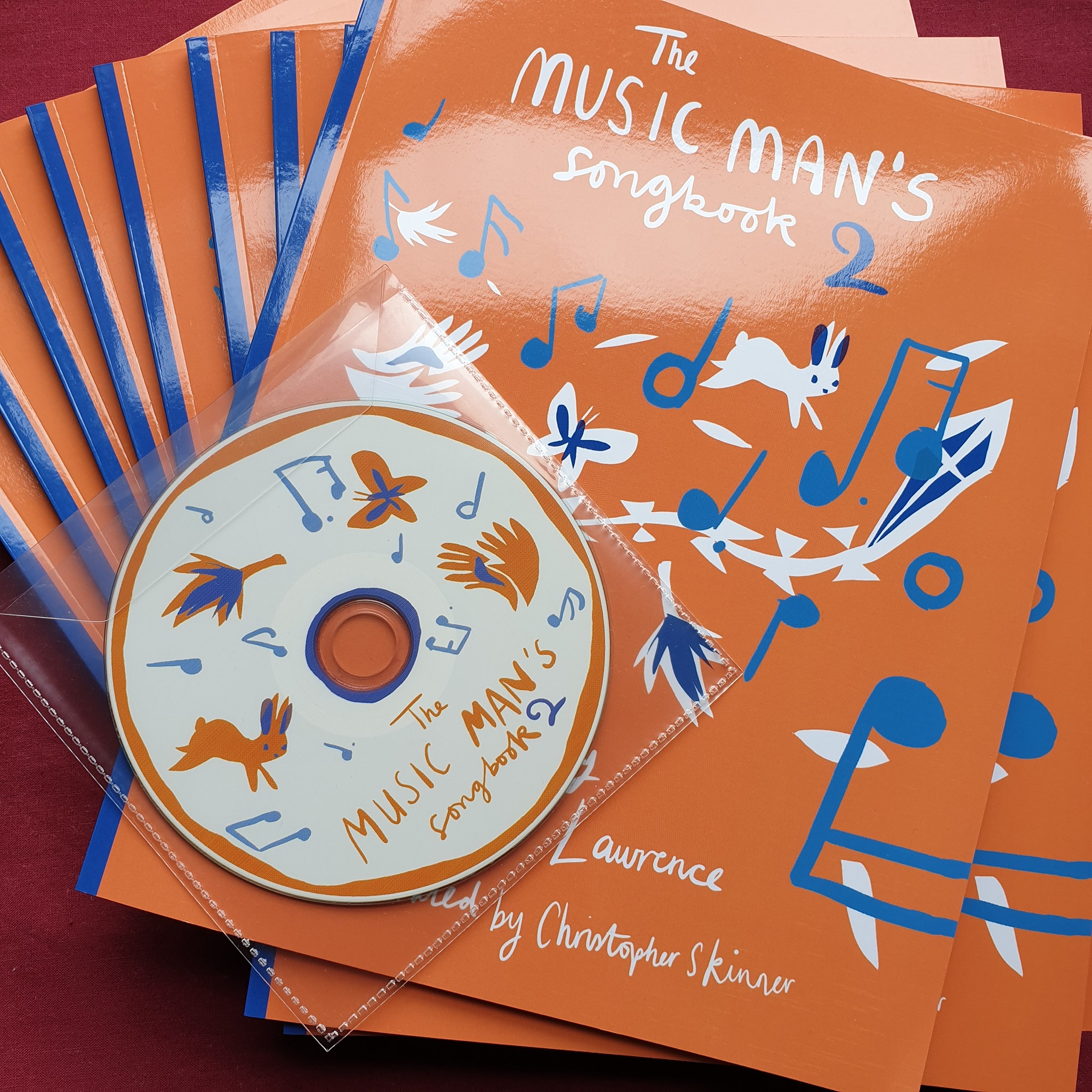 All together now! Who doesn’t love a good sing song! Especially when we’re young! My friend Jon Lawrence (also known as The Music Man!) has just released another collection of original songs for children – with illustrations by yours truly! 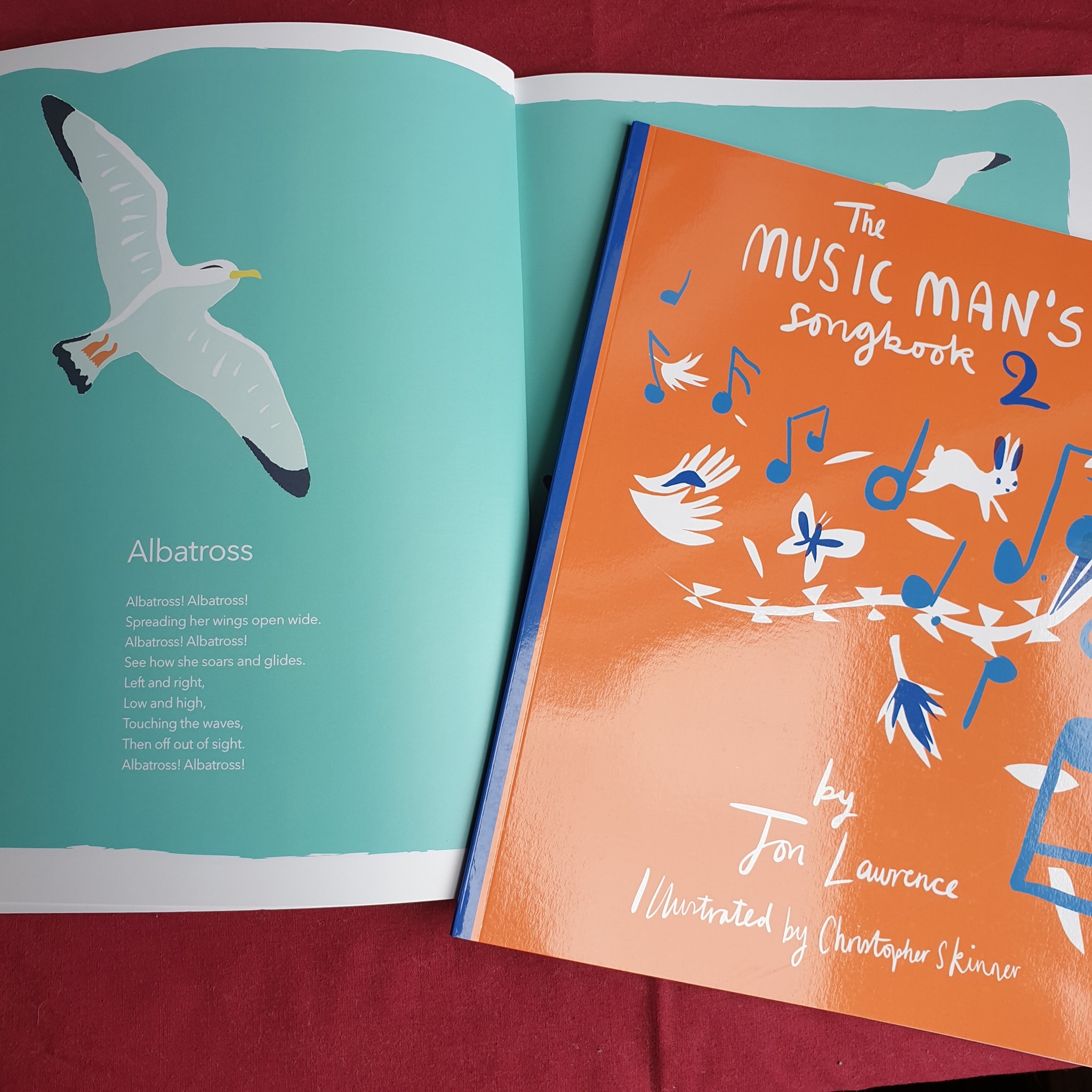 Here’s just a little taste of what’s inside…

Published by Eyrie Press, this is the second book by The Music Man, which even comes with a CD with recordings of all the songs so you and your little one can sing along! 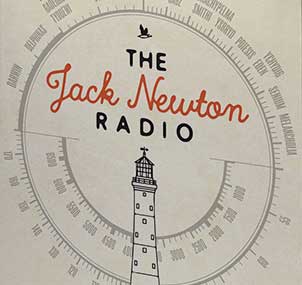 After some fine tuning, the cover for ‘The Jack Newton Radio’ is complete, all the chapter headings have been inserted and I think it looks great! It has the right feeling of nostalgia and location, and with its limited colour palette. has a distinctive visual impact. The Jack Newton Radio can be purchased here. Go buy it now…

After the last meeting with Jon I was able to develop some of the details further and apply the design to the back and spine. But before that Jon was interested in seeing other scripts in place of the one used in the title. As I had already explored this before presenting this to him, I gathered several alternatives that I had tried and rejected. They were all selected for their natural flow and vintage qualities that suited the whole ‘radiogram’ theme, and after seeing these Jon was in agreement of my original choice: As for my design process, in the early stages after a few pencil sketches have been made I put together a fairly clean digital version to discuss the idea, without really concerning myself with proportions and measurements; everything is composed by eye. Now that Jon had chosen a design it was time to firm everything up and establish some relative measurements. What this means is that I now look back into my layouts and discern a more formal composition based on units of measurement or proportions or both. The design Jon chose was the one with the black panel with some minor variations.

The design is generally composed over a division of sixths, but a little more control of the separate elements was required in order to create a more harmonious composition overall, especially when the design was applied to the back and spine. The main elements for development were the dial – the tuning markers were to be labelled with relevant themes from the book and losing the faint script in the background. Also, the flat creamy colour of the background needed some texture to give it some surface for the graphics to relate to. This was achieved in Photoshop with a concrete texture from my library (I regularly take photos of textures for precisely this purpose) and some subtle layering to get just the right balance: So let me share the overall composition at this point and expand upon the basic grid shown before. As you can see, the grid has been subdivided further and all the elements have been adjusted to relate to the lines of the grid in some way, tying everything together relative to the page: I know that many designers don’t do this and simply trust their judgement, which is just as valid, especially if the designer is experienced enough, but I prefer to allow my judgement to dictate the design and then use grids to fine tune sizes and positions. This works for me, and showing the structural framework of the design to clients helps to show some of the process that forms the end result. 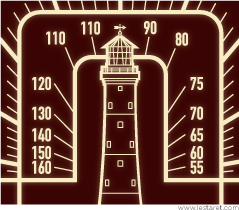 I recently mentioned a design project that required some research into vintage radiogram dials and I though I would share some images of the work in progress.

The book is by the author Jon Lawrence (I also designed the cover for his last book Bisha) and the official back cover blurb describes the novel thusly:

“Spirited septuagenarian Anwyn Jones, has left London for the tranquility of St David’s following the death of her husband. Coming to terms with her grief, Anwyn begins to notice issues with her memory and fears that dementia will rob her of the only thing that matters to her – her husband. However, Anwyn forms an unlikely friendship with a broken family, including a lonely wife, a guilty husband and a distant young boy. As she tries to rebuild her life Anwyn becomes obsessed with the poems of Jack Newton, whose verses she hears on the radio each night. Within sight of the lighthouse friendships are made and secrets are revealed in a poignant, funny and thought-provoking novel from the acclaimed author of Playing Beneath the Havelock House, Albatross Bay and Bisha.”

For my brief, Jon laid out some important elements that could serve as visual reference – the radiogram obviously, a lighthouse; Smalls lighthouse at St.Davids, Puffins and poetry. After researching old radiogram dials I began to explore graphic treatments that echoed the reproduction qualities of these old screen-printed images on plastic; slightly rounded corners and a loss of the overall sharpness of the line, due to the spread of the ink, and the fact that these things were often quite small, so when enlarged their defects become more apparent.

I began with a simple keyline drawing of Smalls Lighthouse in Adobe Illustrator – I drew the earlier wooden version because I knew that it was particularly distinctive (I first learned of Smalls Lighthouse through the music of John Tanner\Plinth – check it out) and I omitted the ugly helicopter landing pad that has been built on top of the modern one!

At this point I was just experimenting with the idea and technique so didn’t dwell too much on fine detail or quality of line,  everything was left basic

The next few stages were as follows:

Stage 1. Basic line for reference.
Stage 2. Apply a light blur to soften the edges.
Stage 3. Rasterise the vectors (converting vectors to pixels – effectively making a photo)
Stage 4. Converting the pixels back to vectors. This creates a more definite edge from the blurred version, filling in corners,rounding corners and subtly softening the quality of the lines.

I did the same with the larger text in the title, using Adrian Frutigers’ often overlooked typeface Avenir: I made versions using both lighthouses, but found the asymmetry of the old lighthouse wasn’t working within my compositions and focussed on the more traditional ‘classic’ lighthouse shape.

Colours were sampled from photographs of old dials – the aged/yellowed white plastic that has that authentic vintage ivory tone, washed out reds and bakelite brown. The cover that uses this colour also has a subtle glow to give the appearance of being backlit: I went through each of the designs with Jon and discussed all these details, along with one or two other points which had arisen during the process. A decision was then made and I moved on to develop the chosen design. Which one? You’ll find out next time. In the meantime, feel free to share your thoughts, opinions and preferences?

On a separate note, Jon is trying to raise funds to promote the book through his crowdfunding page. Find out how you can support the project.