Like most of us I’m spending a lot more time at home right now and my thoughts keep turning to my ‘ideal home’ – and like many others I have spent many hours on the web, browsing endless retail sites, falling in love with everything that I cannot afford and cursing at not being able to find what I want. Trying to navigate through frustrating websites developed by teams of crack UX/UI unicorns led by some creative ninja with a waxed moustache and a skateboard.

When did browsing stop being browsing? The original meaning; to survey goods for sale in a leisurely and casual way – like many terms, has been misappropriated by web jargon and is now part of a complex system of algorithms and and suggestive prompts designed to engage you in a controlled series of stages in order to influence your choices and encourage you to spend more. 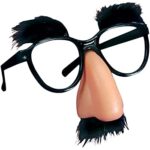 This actually happened people. So  I thought, if Amazon’s finely tuned algorithms and bots think that this may be of interest, who am I to argue. I clicked on it and scrolled down beyond the listing. 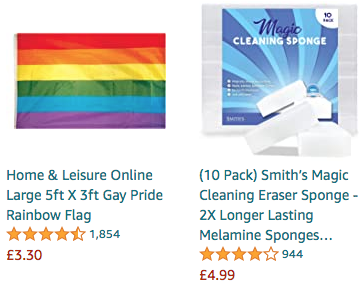 A rainbow flag and a pack of 10 melamine cleaning sponges. Wasn’t expecting that if I’m honest. Can’t imagine what this has to do with anything. Does anyone expect this to have any effect? Sure, wearing a Groucho Marx disguise may help to relieve the tedium of doing the laundry, but I’ll be damned if I’m going to start cleaning all the melamine surfaces as well, pride or no pride.

Thoroughly peeved by this point I decided not to buy either the laundry basket, Groucho disguise, Gay Pride flag or the melamine sponges and switched off.

A while later I happened to notice an old Habitat catalogue on my shelves and thought “that’s what browsing used to be”. Ok, it was a 1975 catalogue, so this wasn’t going to result in any purchasing, but I thought it might provide a little distraction. 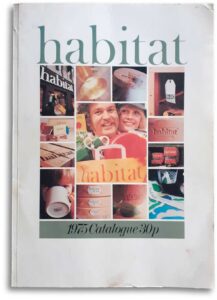 What first struck me was the room sets, which were all really cool in that mid 70’s way, and filled with delightful details and occasionally, people! Now this doesn’t sound that strange but now that it is common knowledge that the entire IKEA catalogue is generated digitally and the old system of set building, staging and photographing inspirational spaces seems like a quaint folly of some dim and distant past. Ikea still include people occasionally, but again, these are edited in and made racially or culturally relevant for different international markets. Many have done away with people completely. No actual products, no actual rooms, no actual people. Just pixels. 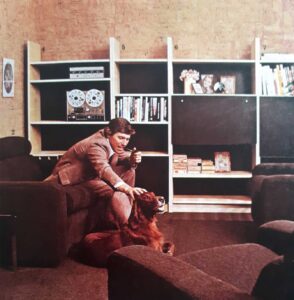 Habitat in 1975 was somewhere else entirely. The first room set was intended to show of some snazzy modular shelving units, but I was transported back to an era when a man would come home from work and relax with his dog and a pipeful of ‘Dunwoody’s Old Shag’ in a brown tweed suit, in a room that is the epitome of brownness. I can even smell it: the tobacco, the dog, the spicy notes of Brute 33 and Brylcreem, with overcooked Fray Bentos steak and kidney pie balancing out the pervading odour of Shake’n’Vac! 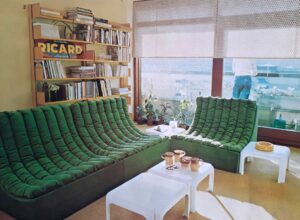 It goes on with funky city apartments with spine-bending seating, moulded plastic occasional tables and the most monumental ashtray I’ve seen in years. But the details begin to draw you in. These are not products for sale in many cases, just props – and even empty spaces! I haven’t checked this out, but I am pretty certain that to CGI Ikea shelves, mantels and cubby holes are all opportunities for carefully composed products. No Disclaimers either – *for display purposes only. Dog not included. Of course not; this was 1975 and back then we didn’t expect to get the dog and all the stuff on the shelves when we bought something featured in a photo. 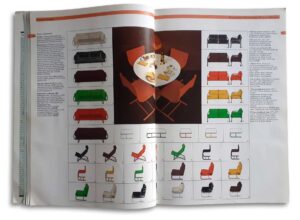 The product specs and colour ranges are shown as line drawings with solid fills too, which by modern standards of online retail seems to be a rather naive and hopeful way of spending quite a significant sum – £100 for a two seat sofa equates to about £800 these days.

This got me reminiscing about my formative years as a graphic designer, producing product catalogues and price lists for tools and car parts, hunched over a 45° drawing board with a set of Rotring Isograph pens and a set of french curves, making complex things look simple using only two line widths (0.35 & 0.7mm of course), creating exploded diagrams and cutaways. Then cutting Rubylith overlays for the block colours or halftone areas using a 10A scalpel blade. Every drawing kept scrupulously clean, covered with paper overlays. Yes, computer software has rendered all this obsolete, yet the nostalgia is still strong. You had to be able to do different stuff back then. No ctrl-z, just start again and get it right next time. Those who experienced this will know. 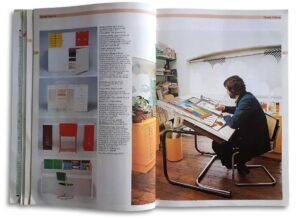 Back to the catalogue, the home office section gets to push more nostalgia buttons. I spent a great deal of time in that position in the late 80’s and early 90’s. I can still smell the Spray-mount and Cow Gum, along with the slightly pissy aroma of ageing PMT developing fluid. I am smiling as I type this and thinking that I am now officially one of those old duffers who endlessly go on about ‘the good old days’, nodding sagely while uttering ‘good times’ to anyone who might listen. Oh dear. 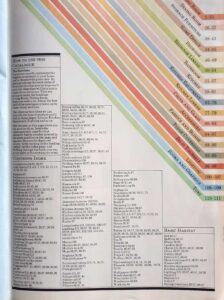 But look at the wonderful contents page. A lot of information clearly presented and not visually unpleasant either. UI, innit? And this is what browsing should be; here’s our stuff – have a look round. And if I hadn’t ‘just looked around’ I wouldn’t have set my heart upon this little gem – I can’t believe I’ve even reached this age without owning a pot that was specifically intended purely for dripping. You won’t find that on Amazon – I’ve tried. 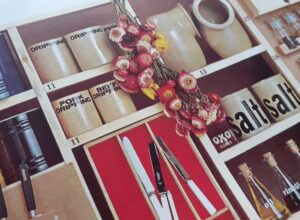 Ever heard the saying ‘the family that cooks together, stays together’? Well in Habitatland ’75 they didn’t say that. I don’t know what they said, but I’m absolutely certain it wasn’t that… 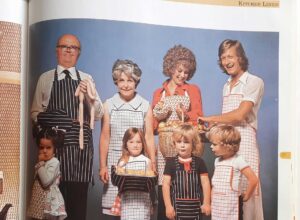